Scotland. Isle of Islay. It all started there. At least our story. A story about a fight with nature, constantly changing weather and honest craft. The very first whisky was created in Scotland.

We shot all these documentary series at the end of October 2019. Together with my friends we packed equipment, made historic tools, rented period clothes and went to Scotland at the turn of the 19th and 20th centuries, in the biggest boom of whiskey business. 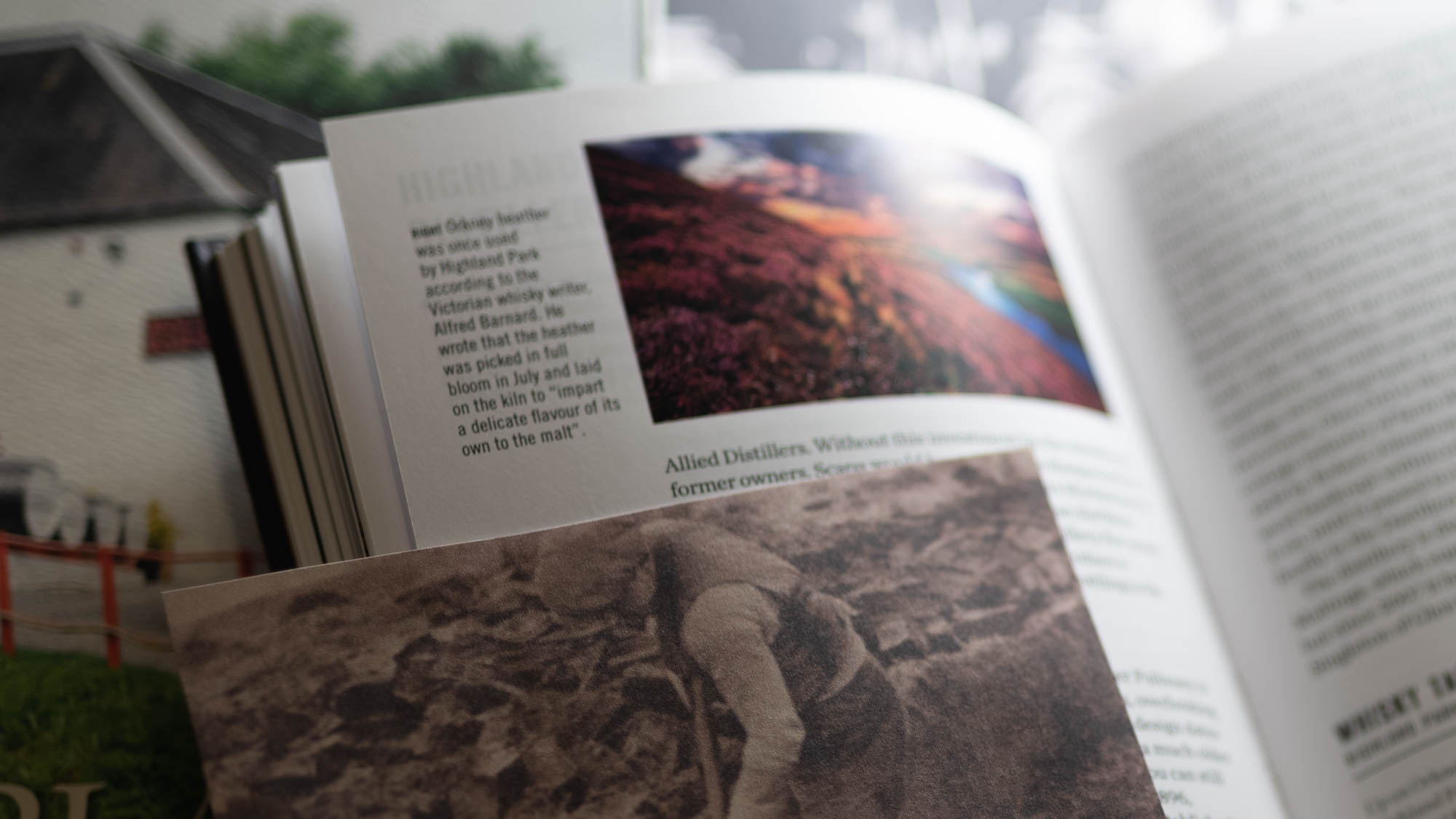 Such old tools are no longer used and cannot be borrowed or bought anywhere. I had to make them myself. I borrowed the rest of the material in Prague's Barrandov and after various other rental of historical artifacts. 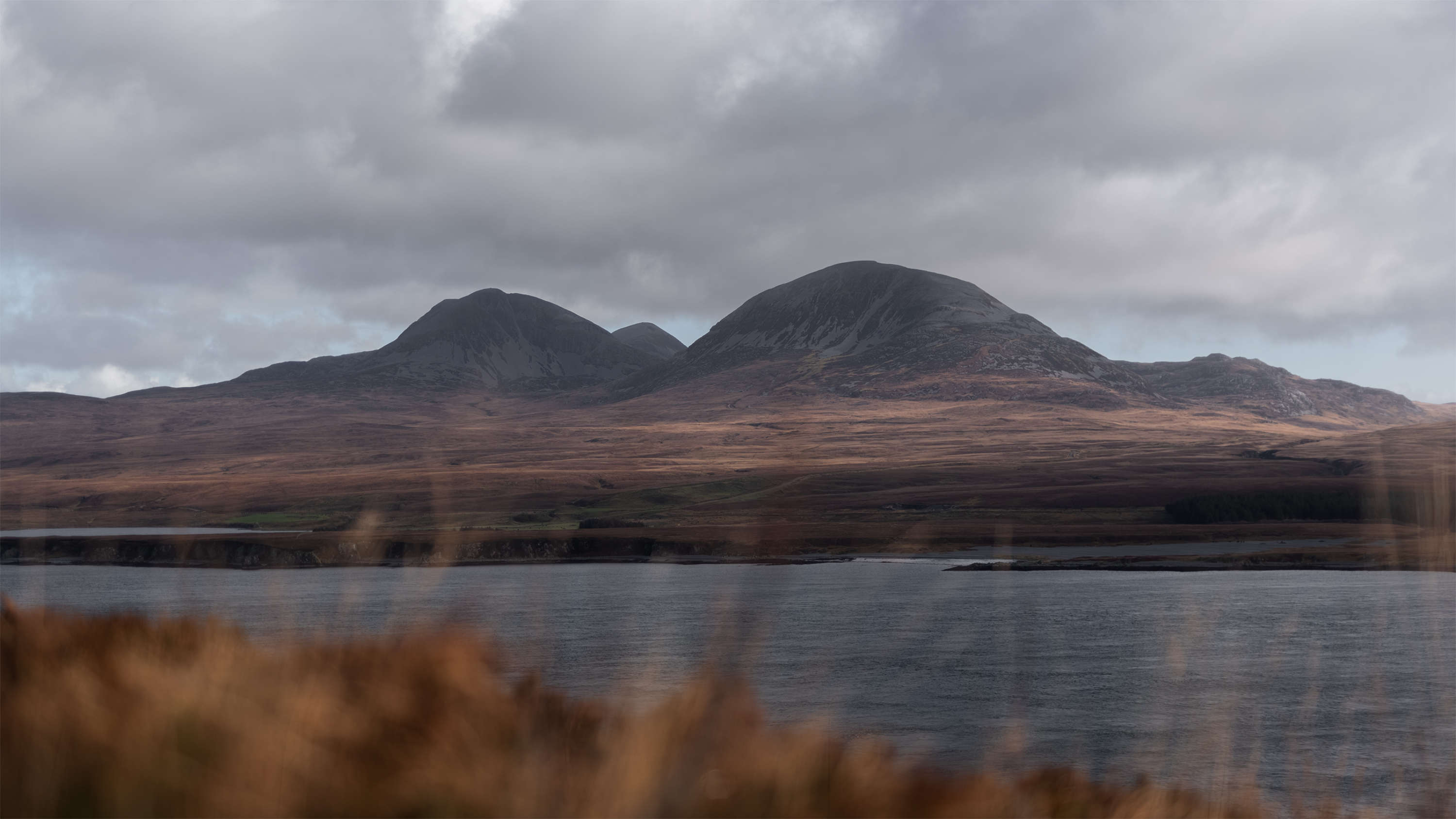 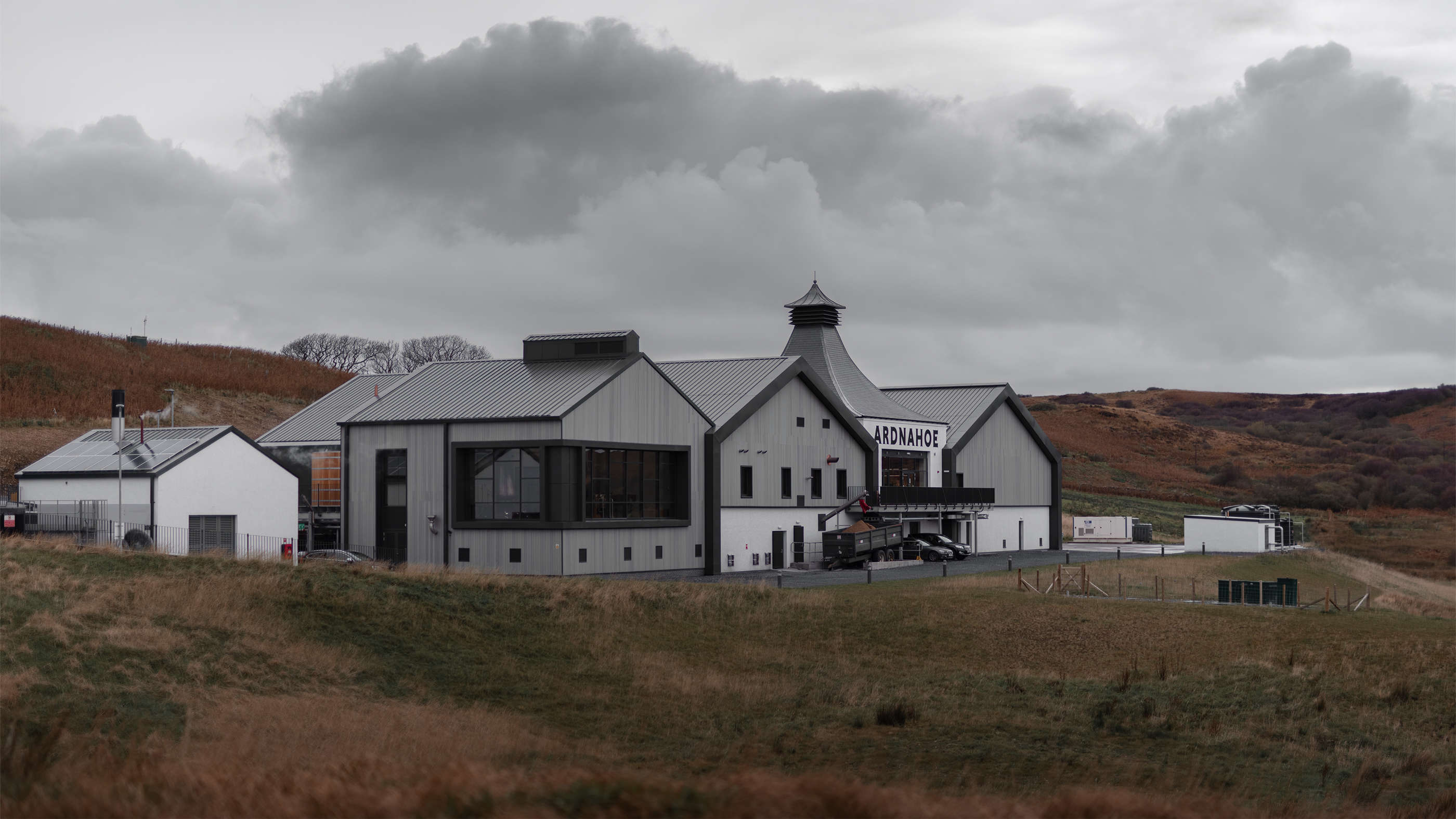 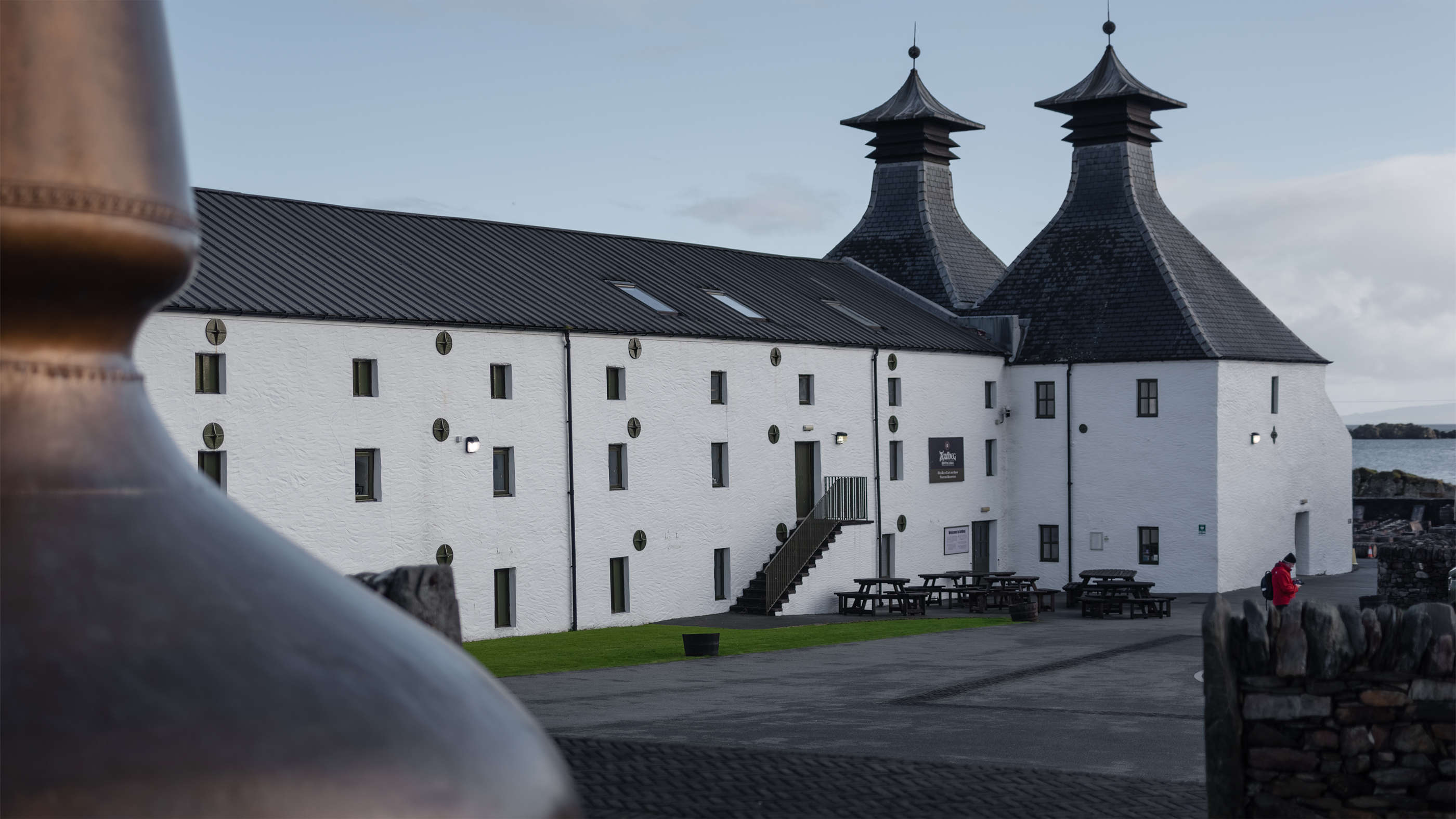 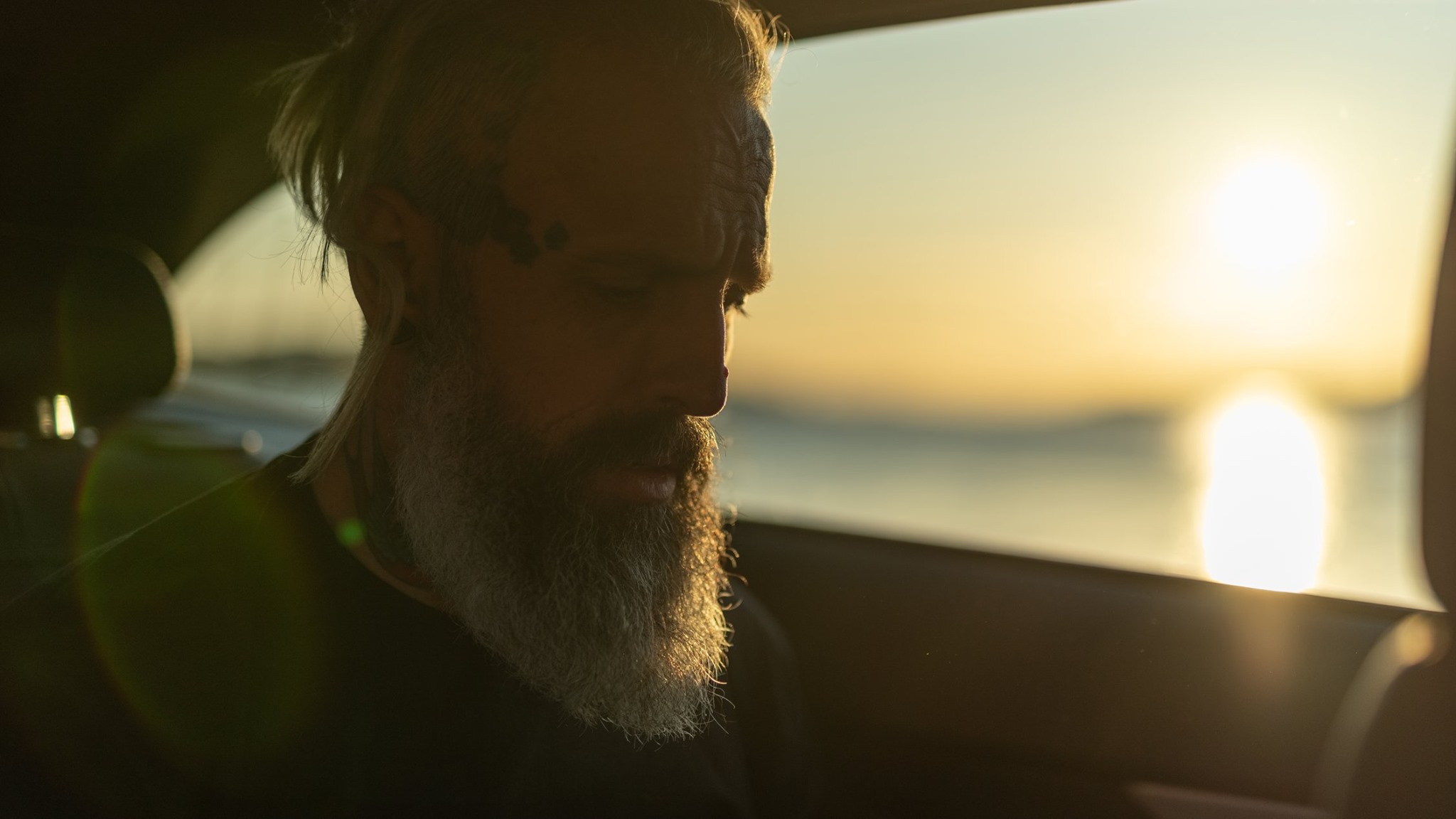 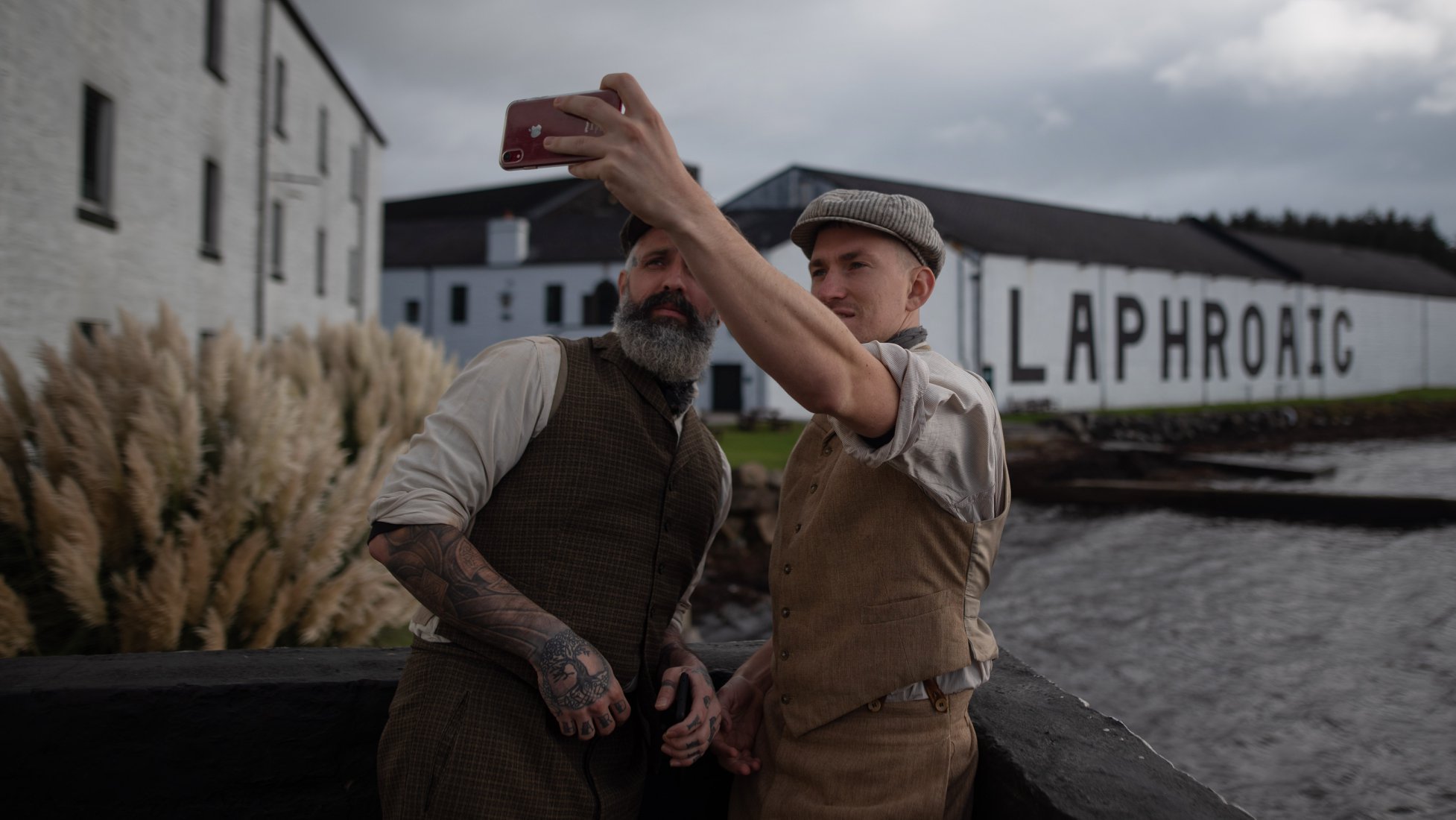 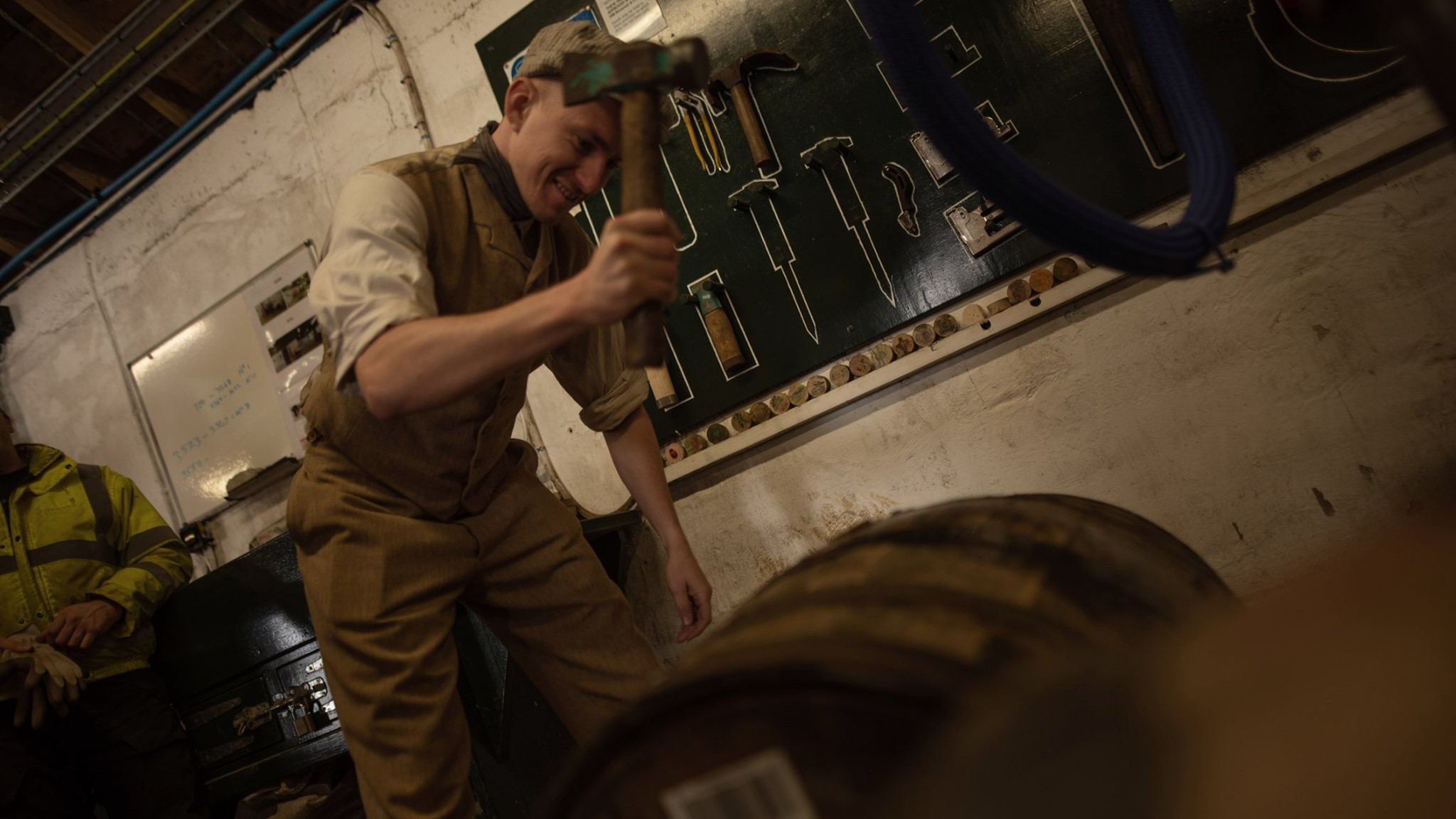 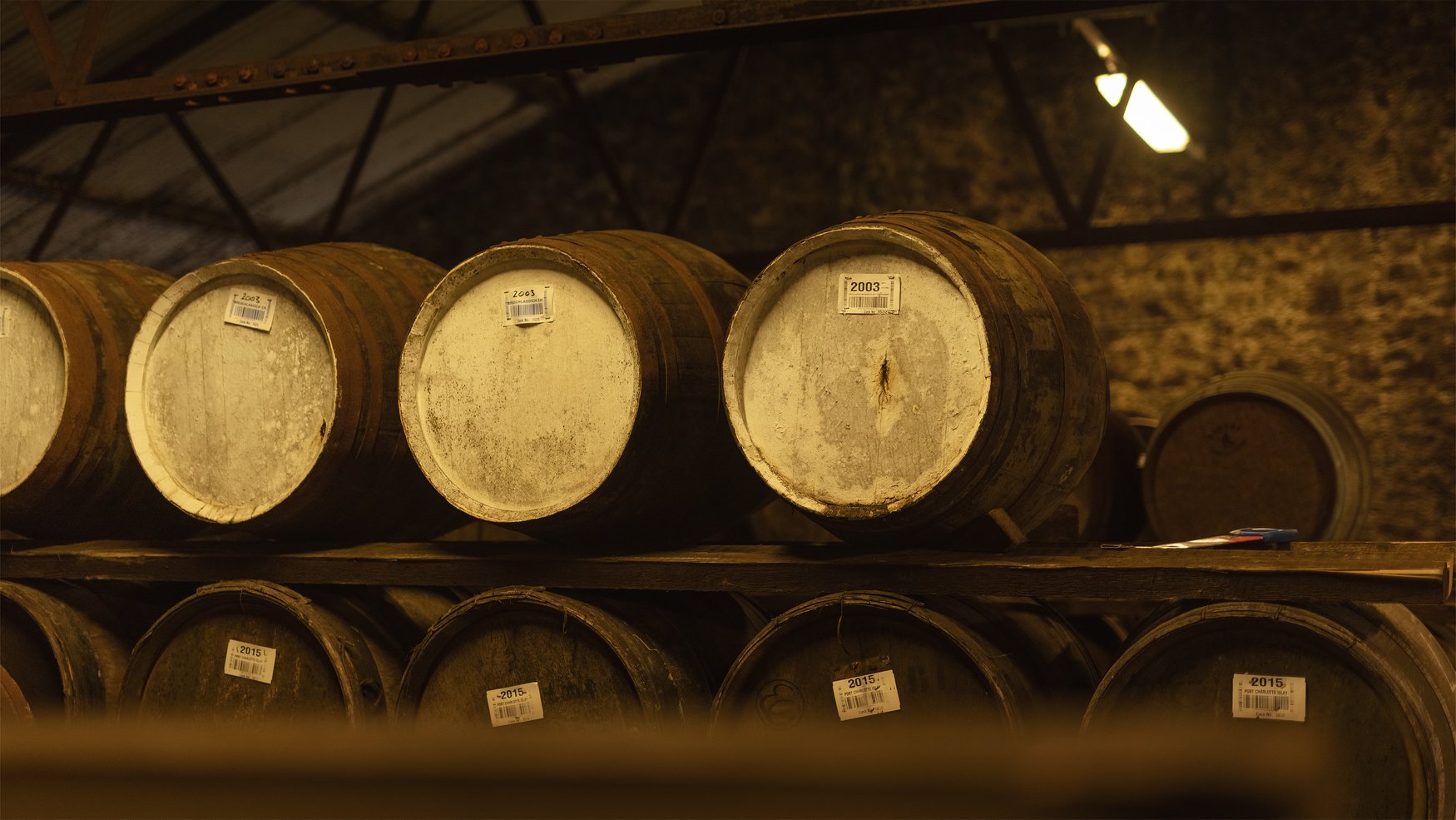 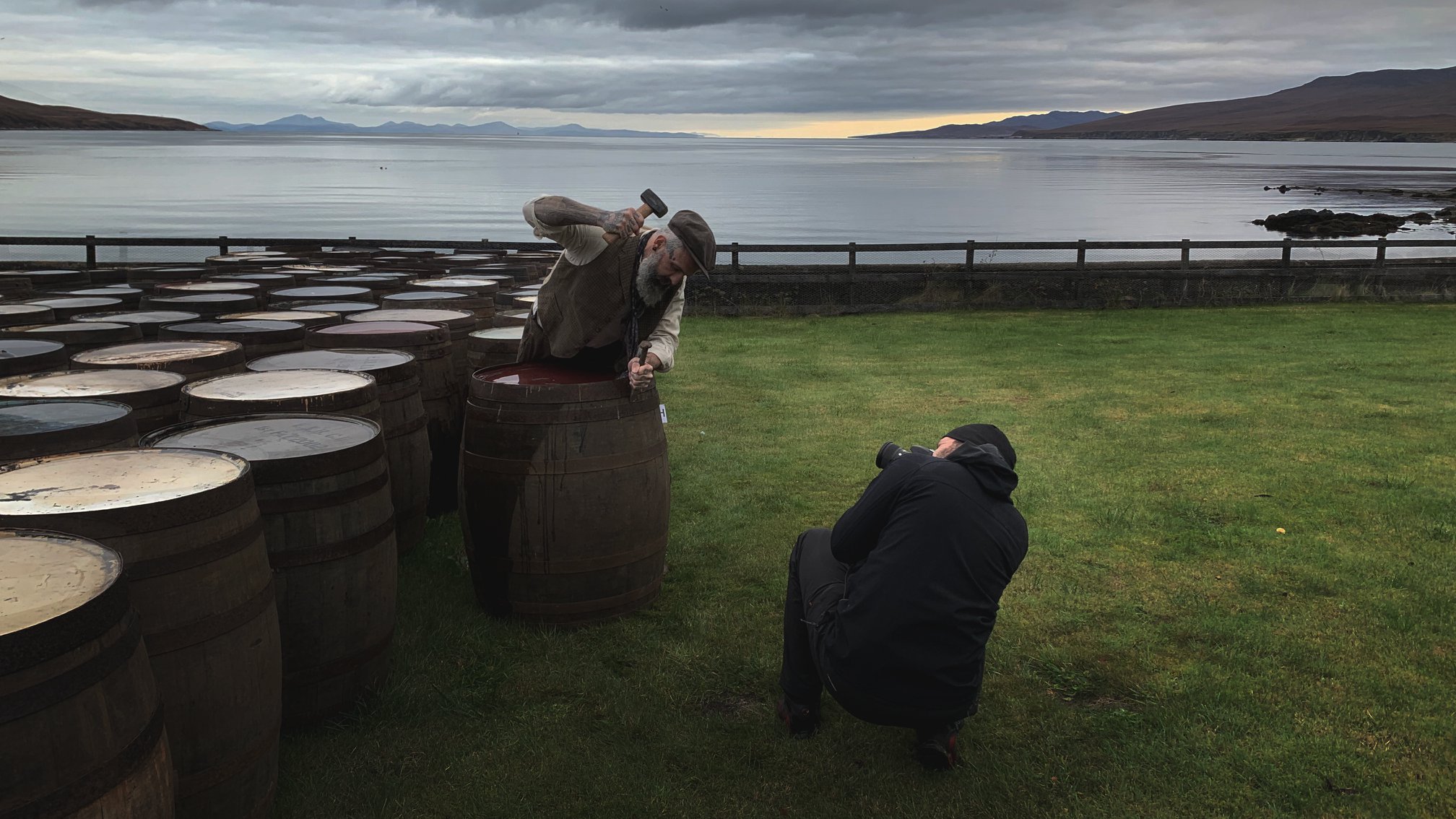 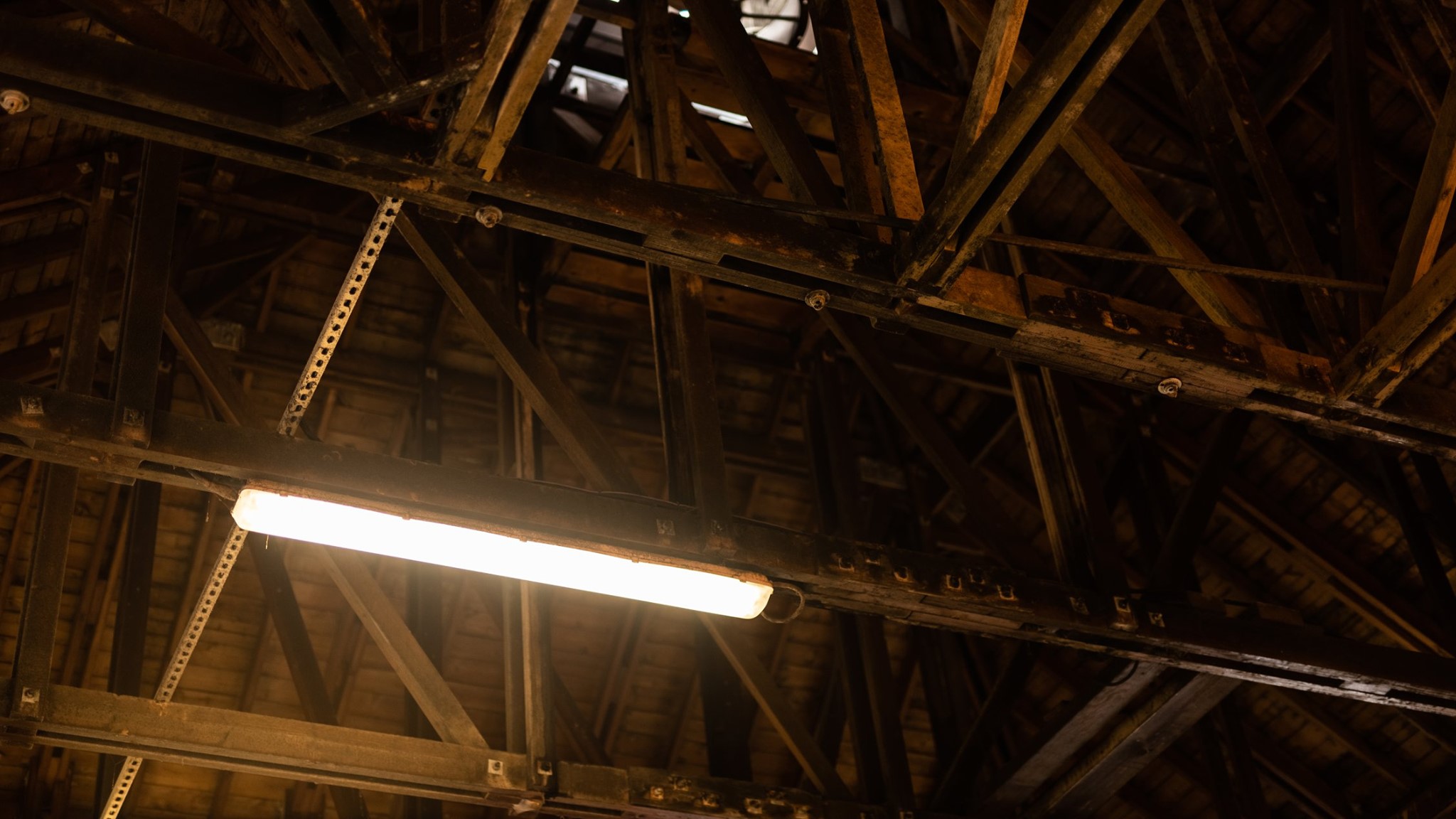 This island is located in the western part of Scotland. The only way to get there is by ferry. The island is divided into three parts, and each of them has three distilleries. The Isle of Islay has a population of around 3,000 and is the fifth largest island in Scotland. The main settlements are Bowmore and Port Ellen, where the ferry departs. The island is not very popular tourism, so you will not find a large number of restaurants. But there is enough whiskey . 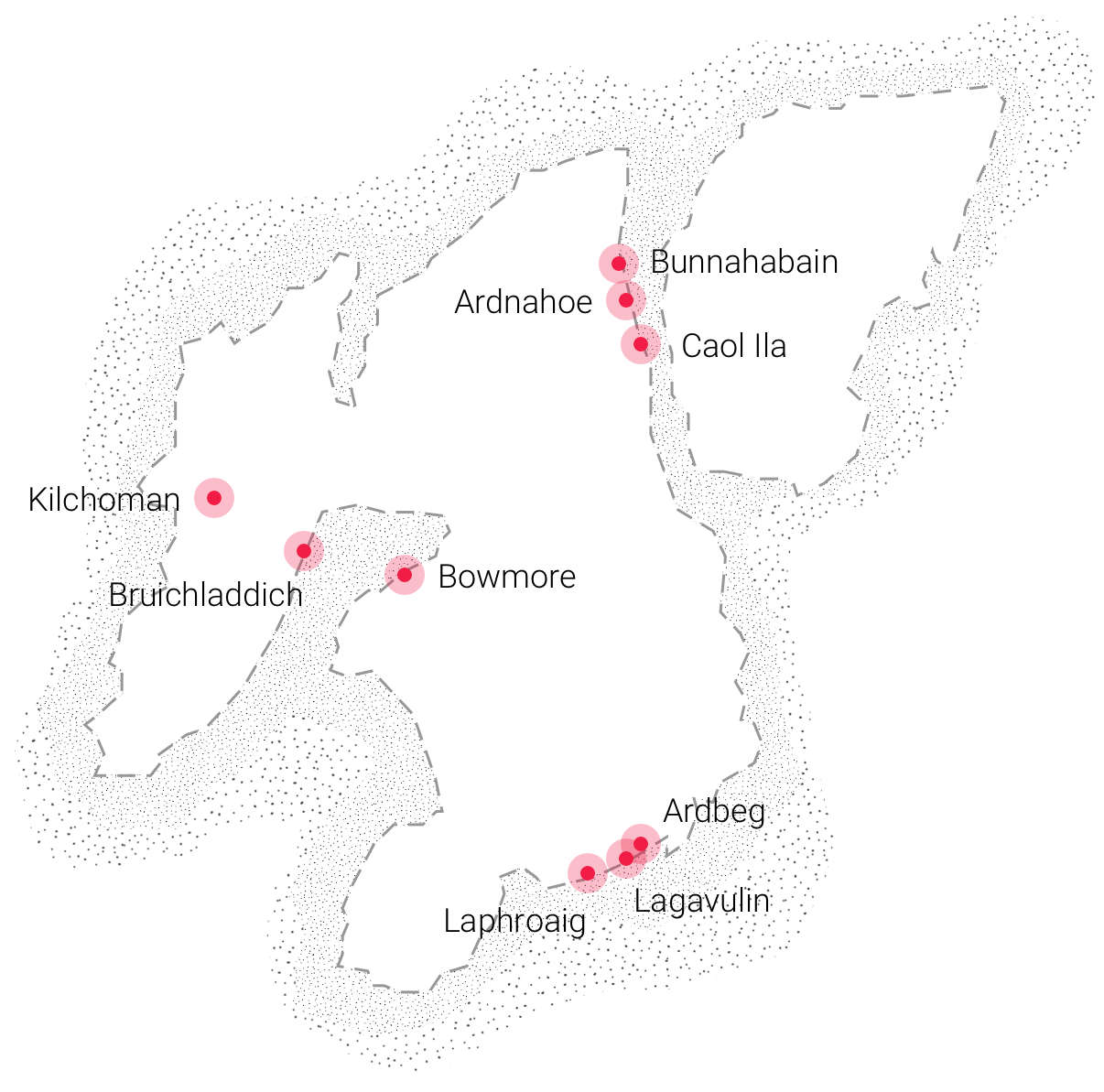 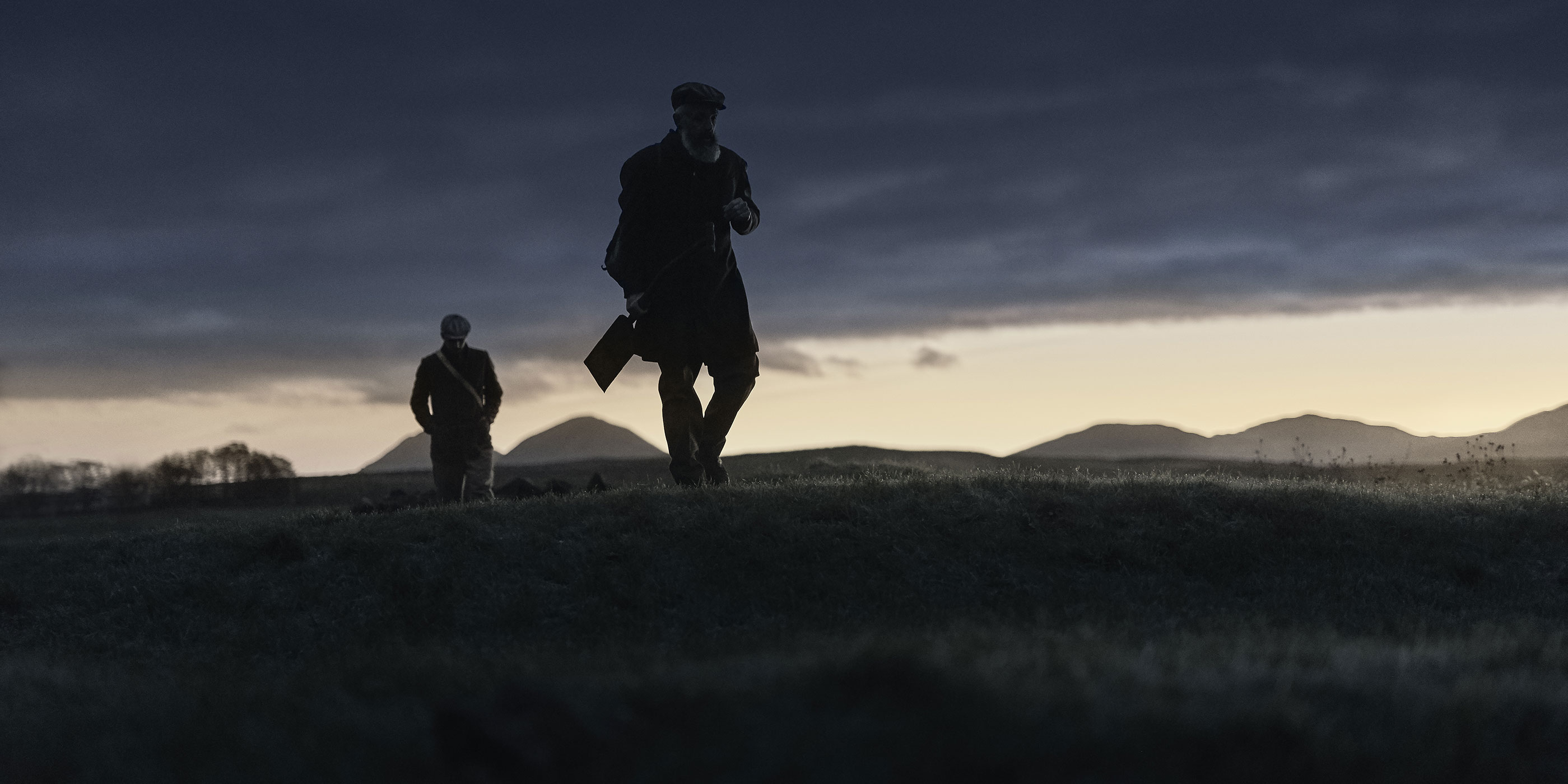 In addition to making up the most of our body composition, it plays a huge role in whisky production. Although water does not have such an influence on the taste of whisky itself, its importance can be found in several applications. Water is used not only for the production itself, but also for the processes around it. The water is used to cool or heat the distillation process. Some even argue that the result affects the amount of water available at distillery. More water is able to cool the still pots more quickly so it affects the process of converting starch into sugar and subsequent alcohol. So where do distilleries get water from? Some from the mountain streams, others from the rivers. Those on Isle of Islay from local lakes, loches. Ardbeg distillery uses water from lake Uigeadail, about 5 kilometers away. Kilbride dam provides water for Laphroaig. Unused water then flows cleaned directly into the sea and returns to the process. Water can also be used to „drip“ whisky when consumed. It has its chemical justification, but simply, whisky can taste better. Most of the barley for Scotch whisky comes from the east coast of Scotland and England. Since the 19th century it has been regularly imported and distilleries themselves do not have their fields. There are only two on Islay who do. Kilchoman and Bruichladdich. Spring barley is sown during the winter from December to April. Distilleries look for barley, which is rich in starch, which transforms into sugar, which then drives the fermentation. But the barley must germinate a little before the process can begin. It is then heat-dried to avoid using sugars for its further growth. On the Isle of Islay you will meet 3 large rooms, where the barley is dried and constantly hand-turned to avoid permanent germination. You can find them in Bowmore, Kilchoman and Laphroaig. In Scotland there are only 7 places to find these rooms. Others have barley dried there or use oval dryers. 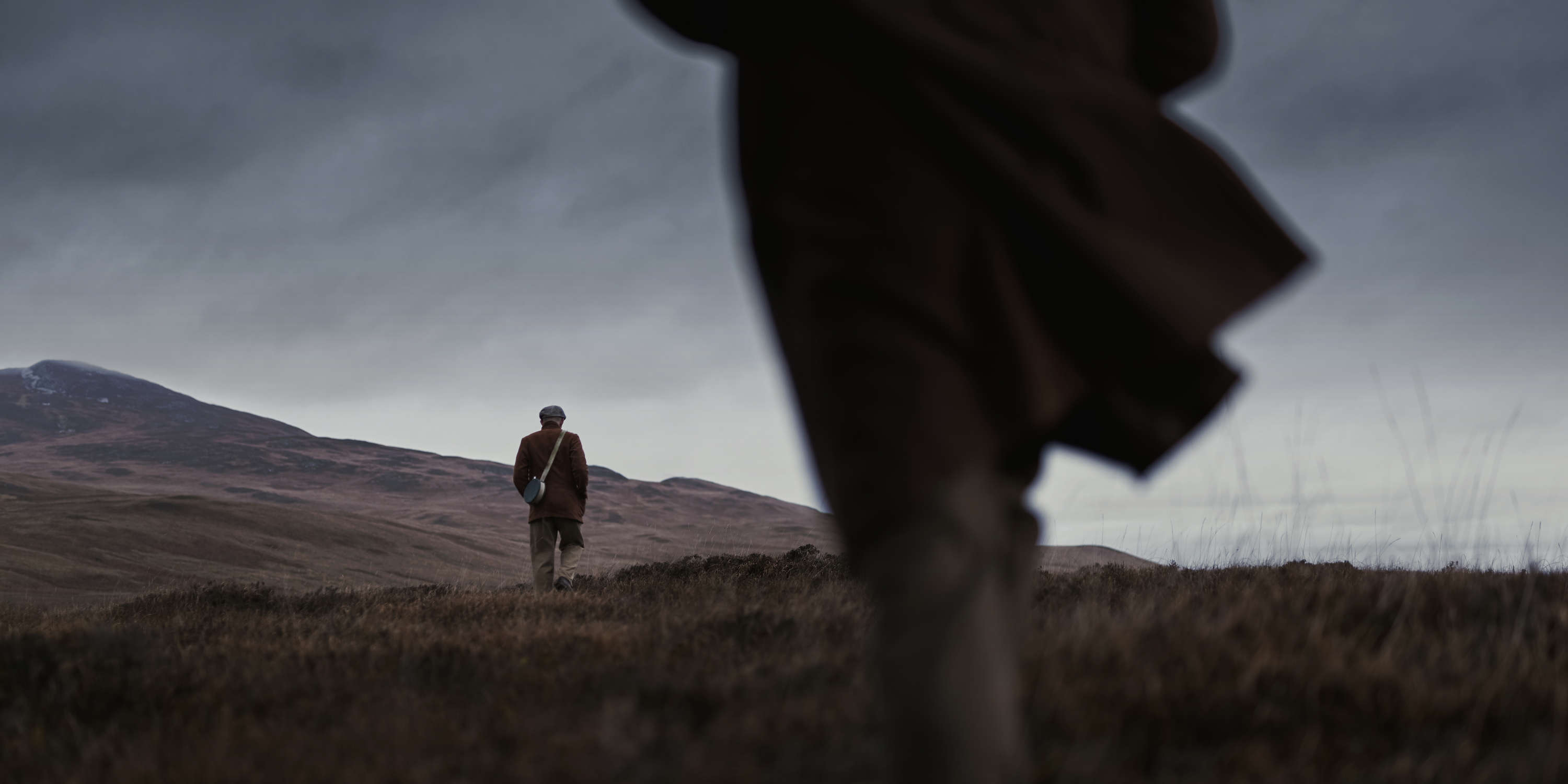 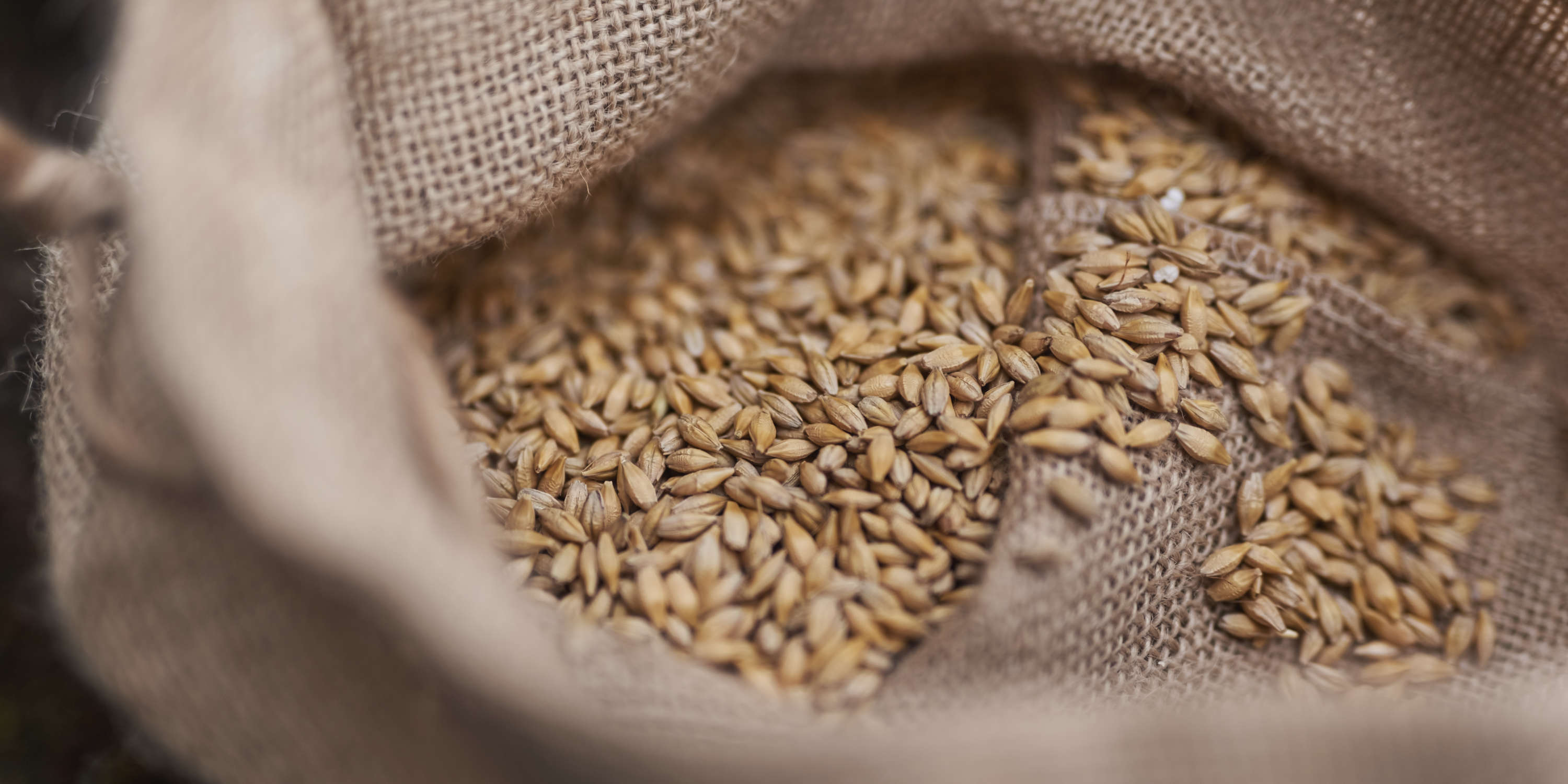 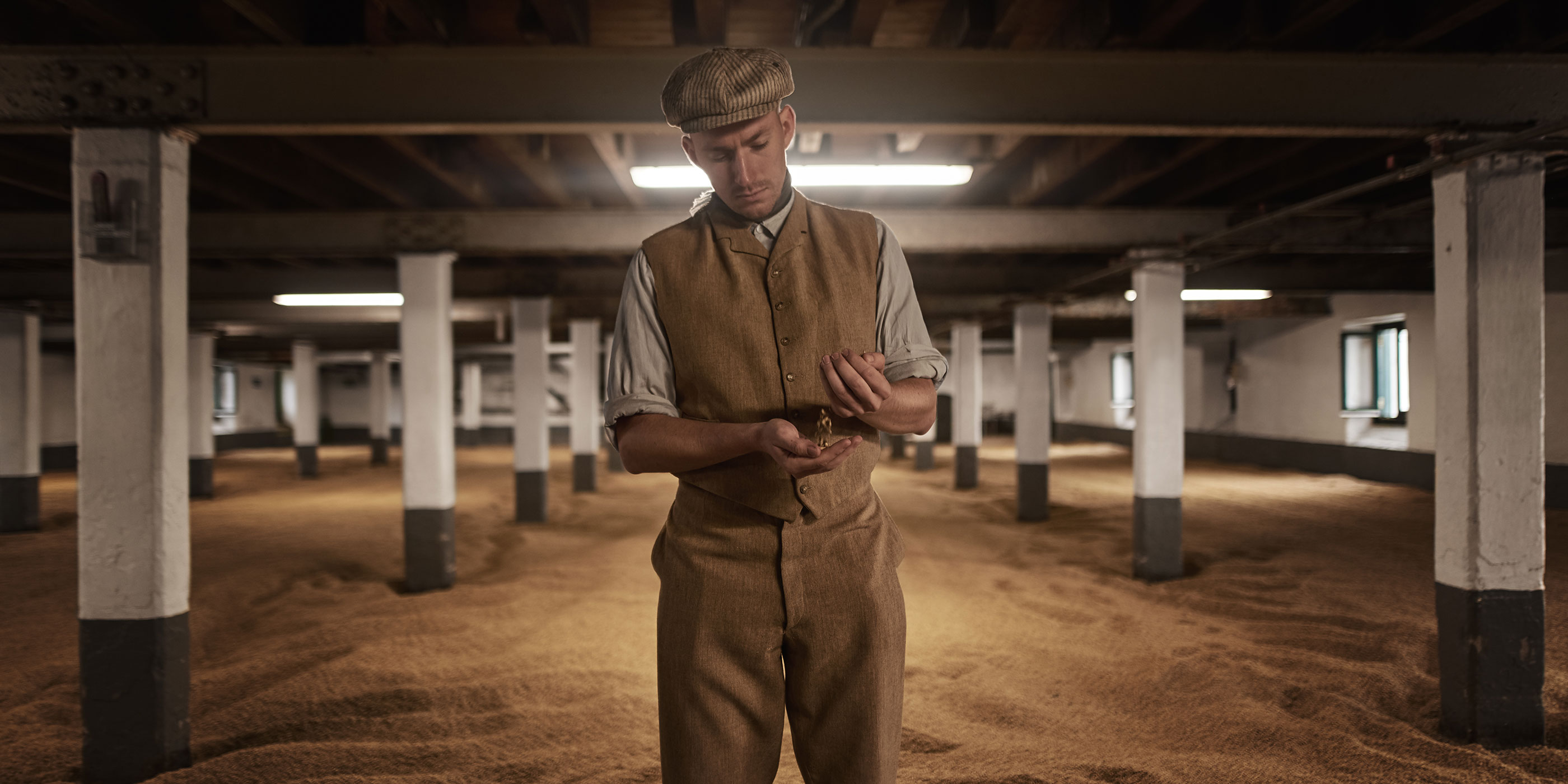 Do you know what peat is? I didn’t know for a long time. In short, it looks like wet soil. But the story is a little more interesting. Water accumulates in marshy areas and slows down the decomposition of moss, grass and tree roots, resulting in peat formation. Historically, peat served as a fuel for heating. And like any fuel, this has its own specific smell, the chemical process of burning. Today it’s used in distilleries precisely because it affects barley during burning. It smokes the barley. But over the years, fuel has changed and many distillers have switched to coal. The ones that remain with the peat do this mainly because of the heritage. They stand out by their uniqueness, their history. Peat bogs also play an important role for the ecosystem. The healthy ones absorb greenhouse gases and the damaged ones produce carbon dioxide. 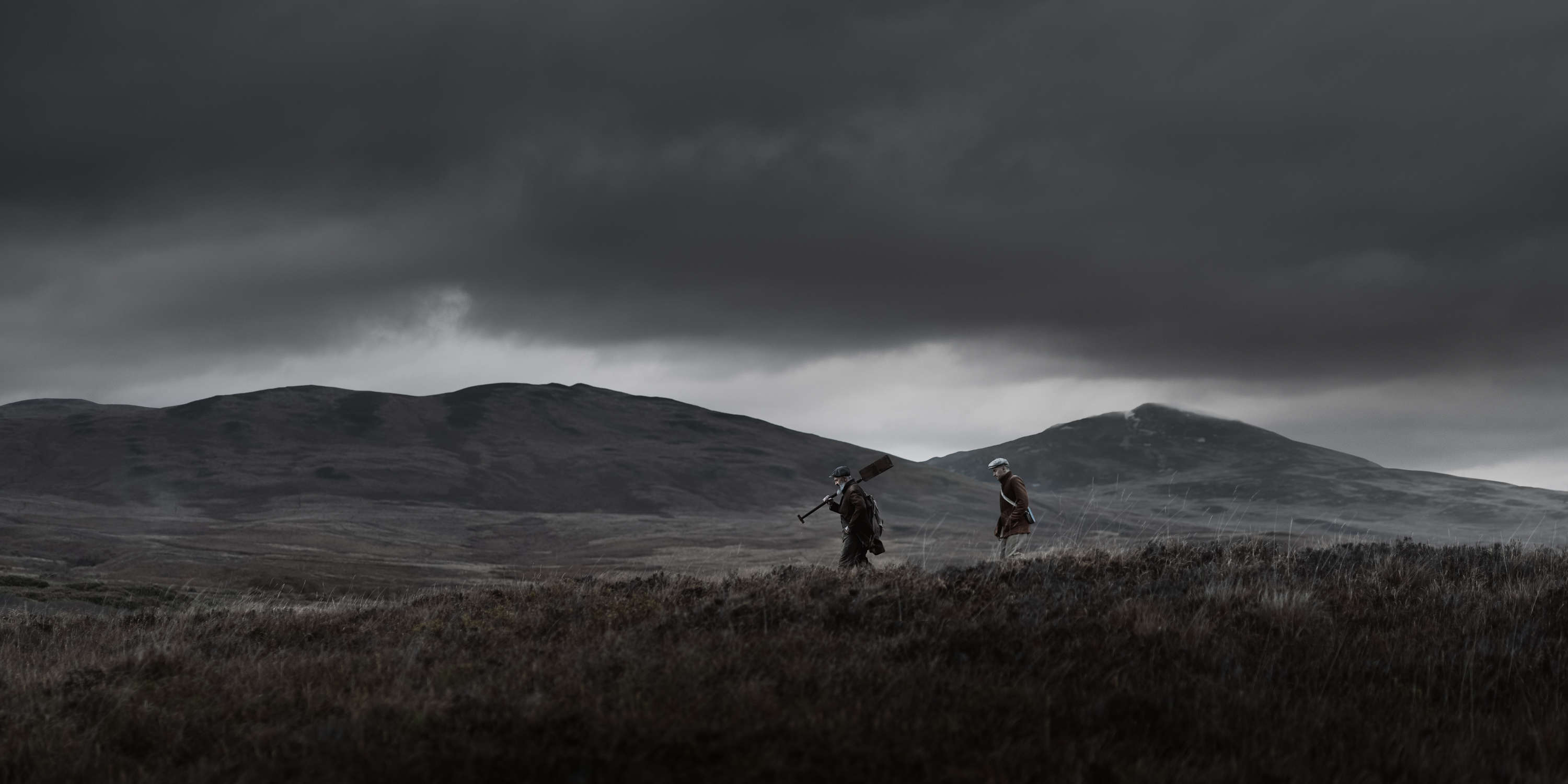 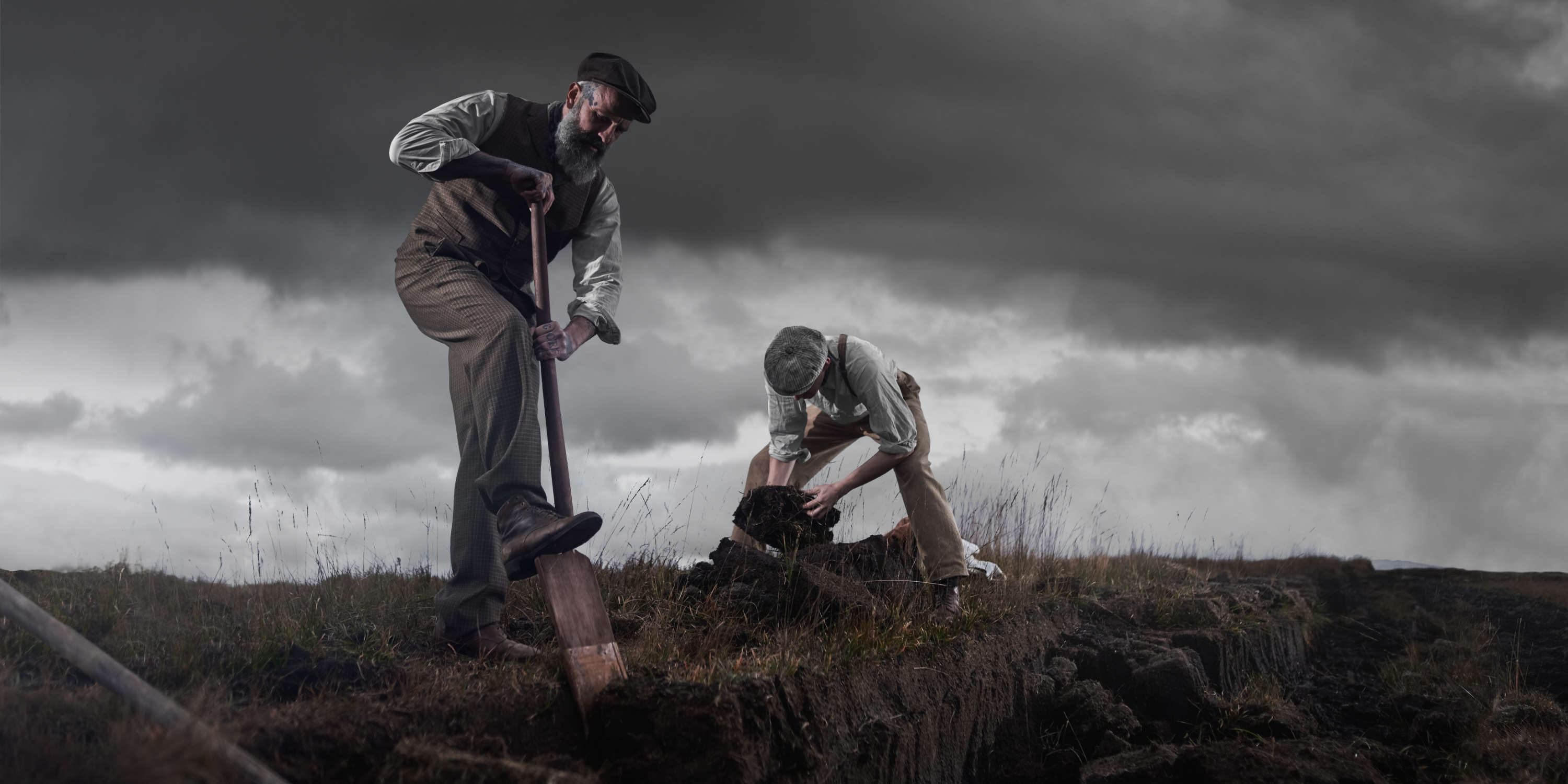 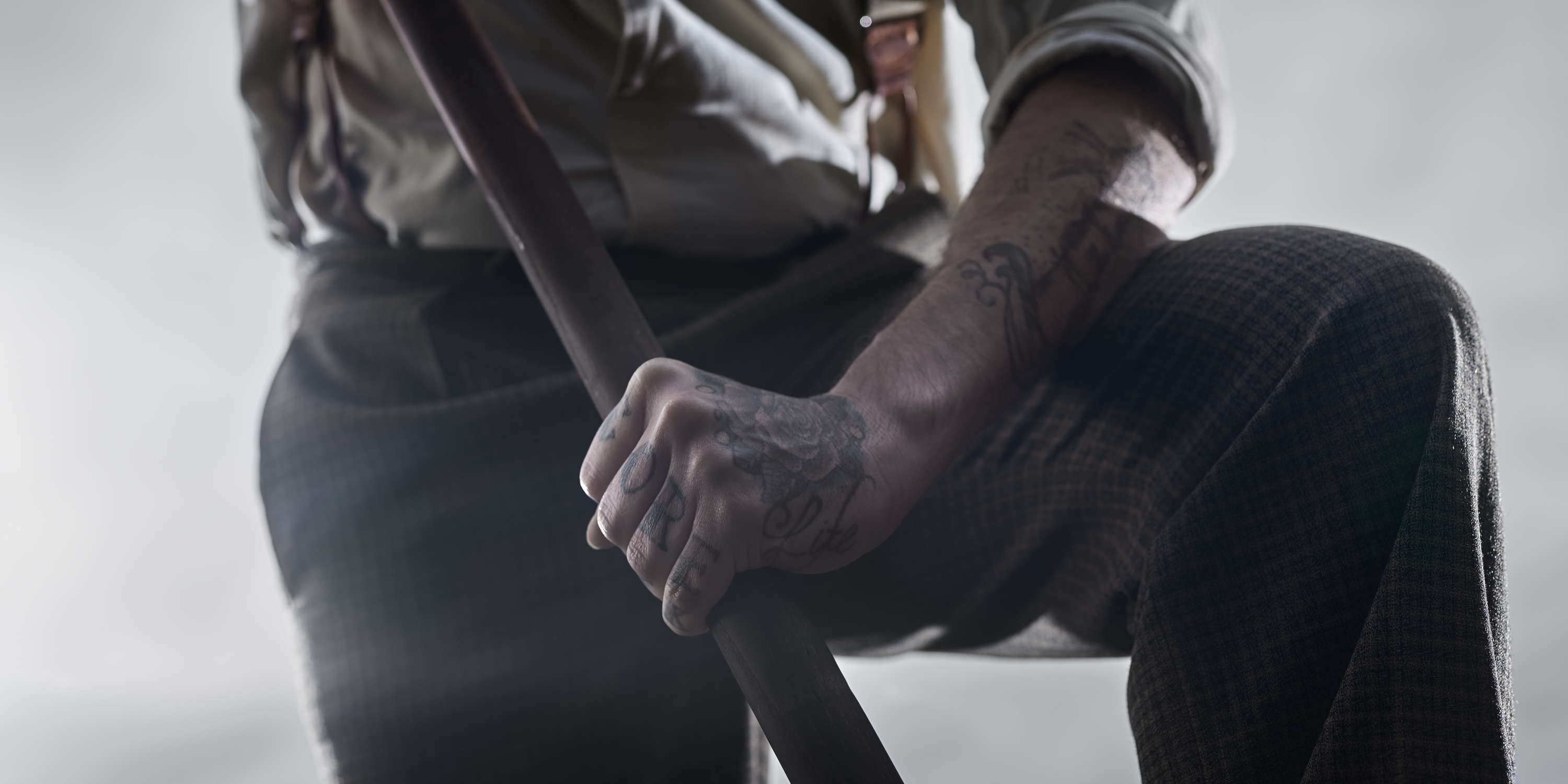 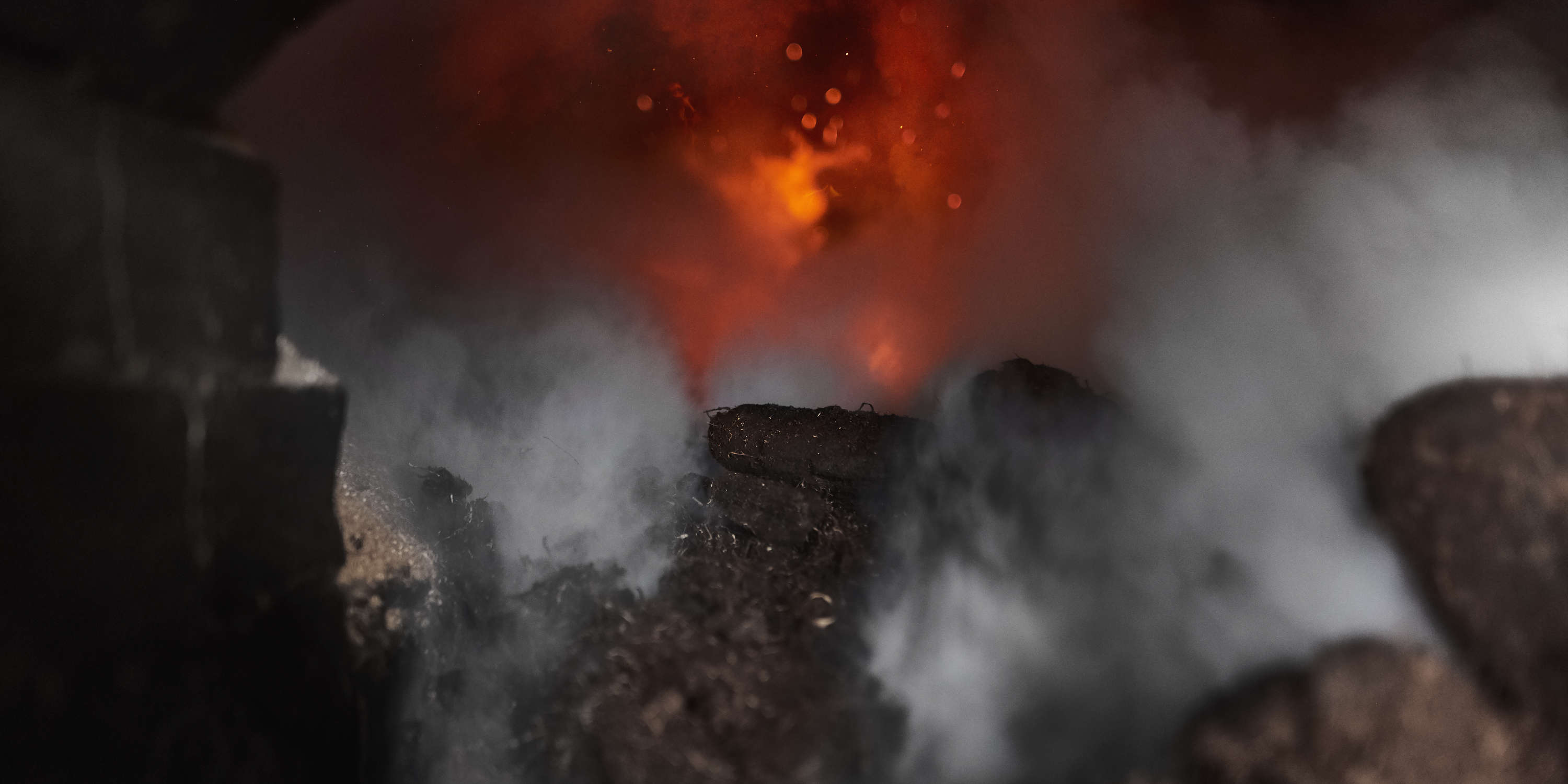 How does it work? That’s magic to me. A lot of vessels connected by pipes, and in the middle of it is a guy looking at a square glass jar with three taps. That was a short version. Wondering how it really works? You will hear this process in all distilleries, but I will try to describe it more easily. Saved way to distillery guaranteed! A potential impression of a buddy in a pub promised. In the beginning there is barley, water and yeast. Barley contains starch and when heated in water, this starch is converted into sugar. What does yeast likes? Sugar. So, by further heating, the yeast eats sugar and the magical conversion produces alcohol. Hmm, but that’s how beer is made, isn’t it? True, to make whisky, we first have to make ale beer. Nasty and sour, but ale beer. The beer is then poured into a copper stills and heated again. We are no longer interested in beer, but in the steam that is produced. These vapors condense - as the vapor becomes a liquid again. Then they are reheated in the second smaller copper still and the process is repeated. A very strong alcohol is formed. Have you ever been to a whisky distillery? At the end of the process there is a magic box with three pipes from where our strong alcohol is accidentally leaking. Not just accidentally. By some chemical filter it is divided into weaker, stronger and strongest alcohol. We and our guy in the distillery need the middle alcohol. It goes to the barrels. We use the other alcohols for further distillation and the fun repeats. 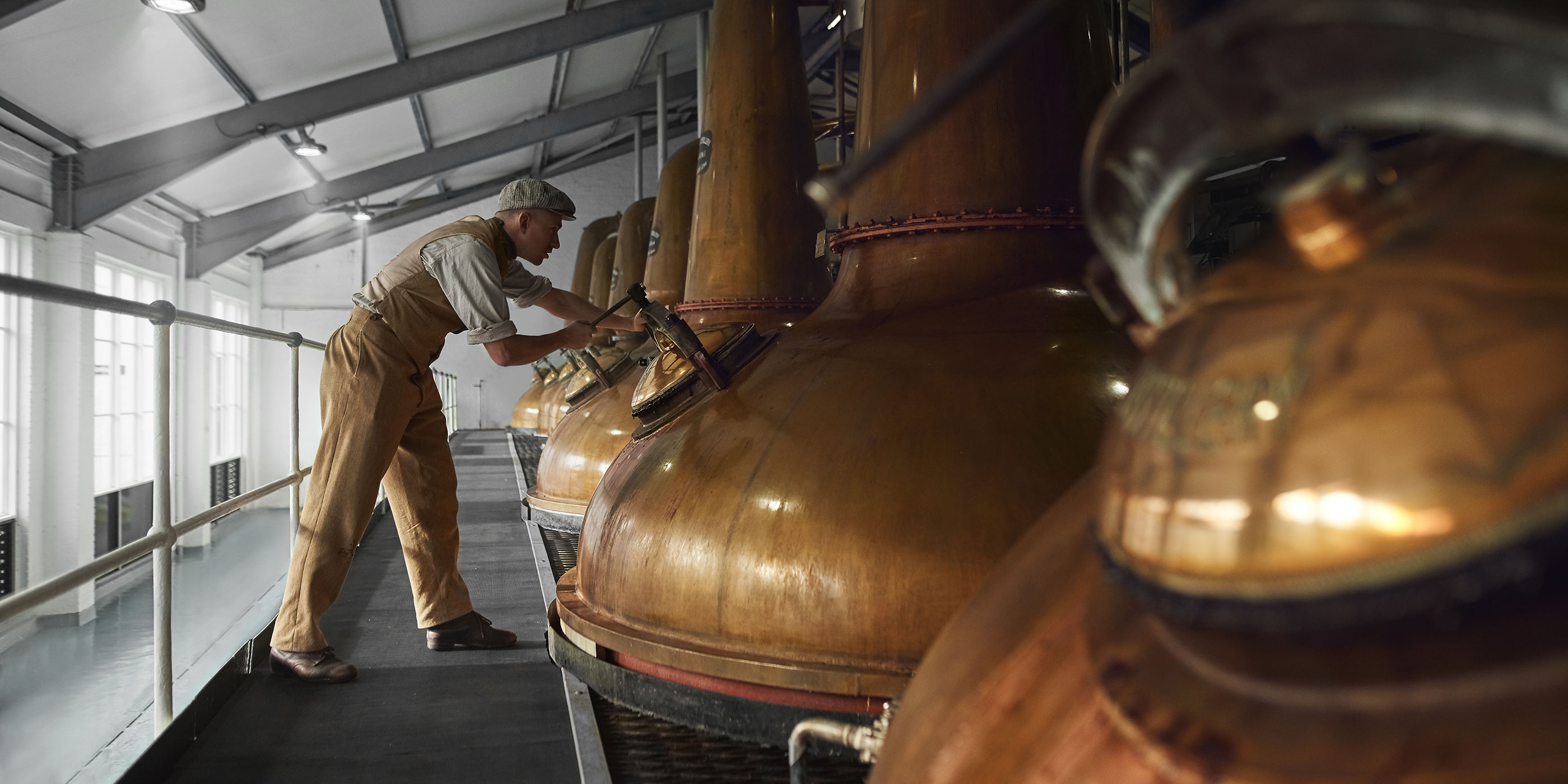 There are whisky distilleries that let you go to see the barrels, such as Bruichladdich or Laphroaig. Then, there are those who let you look at them behind the glass or charge a massive tour price. We were lucky and the guys from Laphroaig let us fill the barrels. In order to be called Scotch whisky, it must obviously come from Scotland, but it must also lie in oak barrels for at least 3 years. These barrels can’t be new, they must have some other alcohol in them before. Bourbon, sherry, red or port wine or rum. In addition, there are two other ways to influence the taste of charring. The barrels can be made of American or European oak and can be toasted. By burning, the wood sugars are converted into vanilla or caramel flavors. And why is older whisky more expensive? Precisely because of the angel tax. Every year the whisky escapes from the barrel. First year 8% and all others after 3%. And it is actually good, if not, whisky would become undrinkable alcohol. The older the whisky is, the less there is. 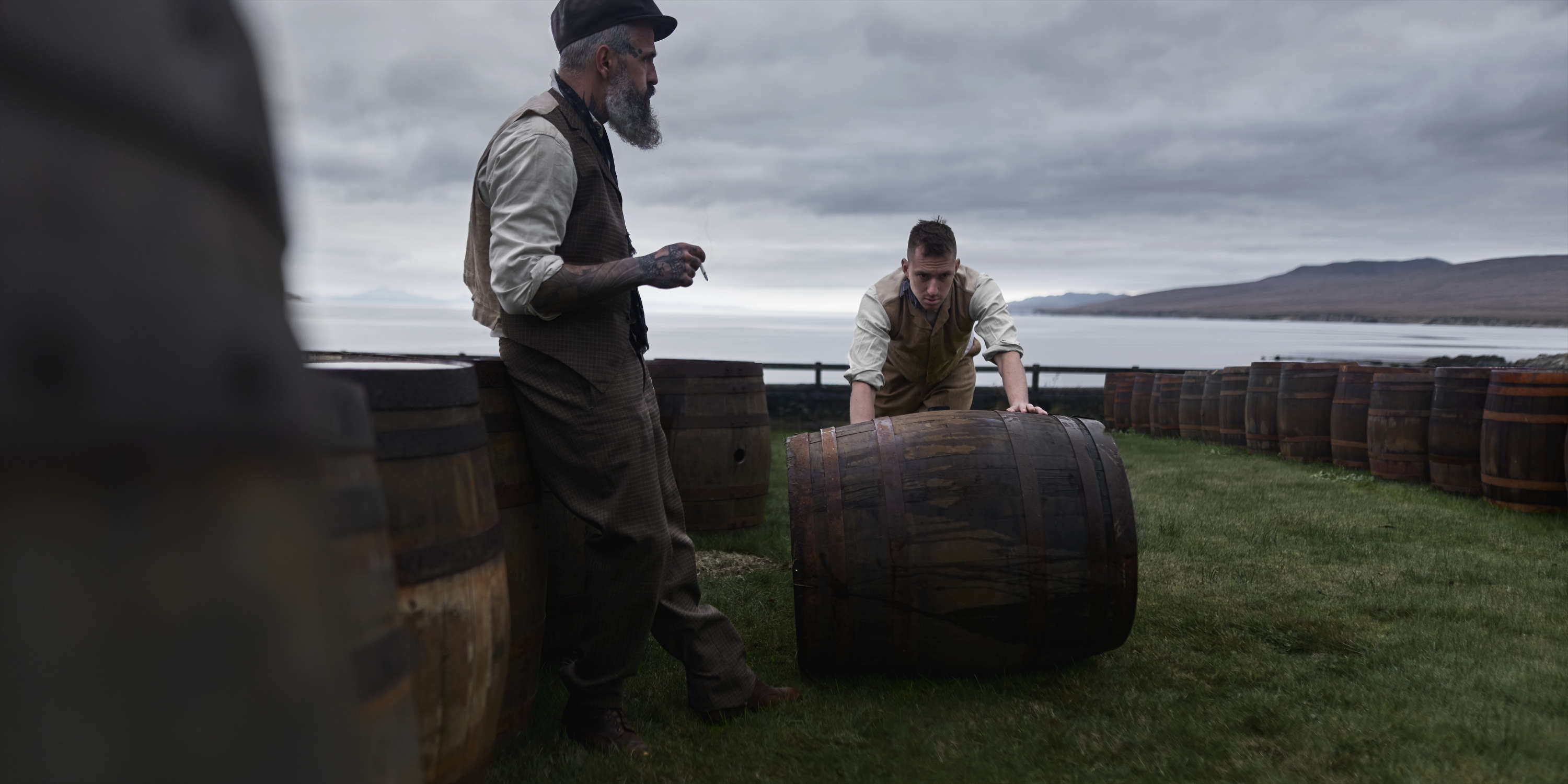 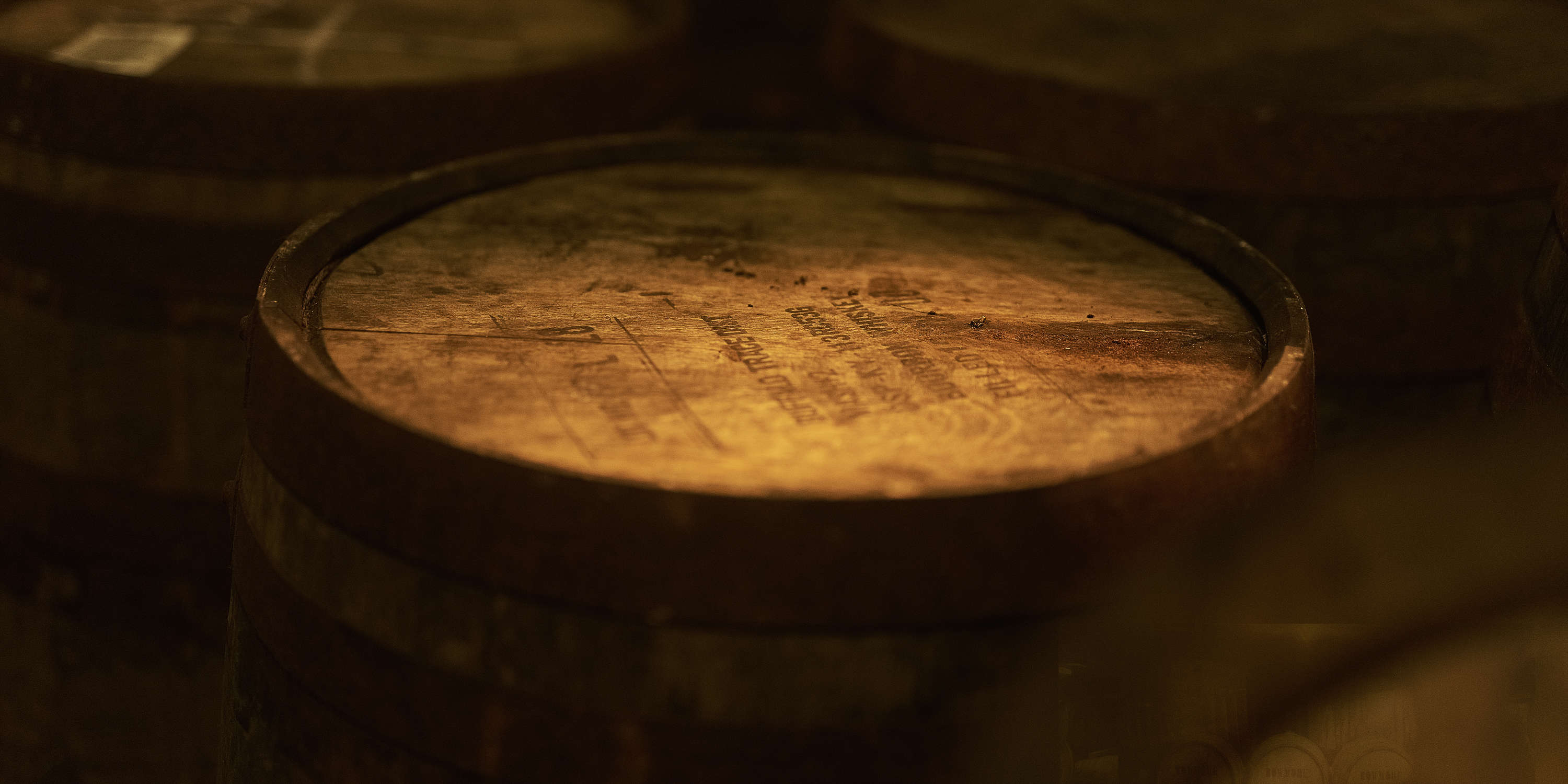 We went through the whole process of whisky production. So what do we have left? Drink it. I only drink whisky for the last year or two. I think it's one of the spirits you have to drink to. And I don't mean by quantity. It started with a sad face, but the better the whisky I drank, the more it get interesting. Important attribute is the story. Not every whisky is equal. I'll tell you a curious story about Bruichladdich distillery.

This distillery was founded in 1881 on the Isle of Islay. Since the beginning, it has been producing whisky only for other well-known manufacturers as blend - one of several bottle mixes, as you know from Johnnie Walker. Until 1995 Bruichladdich constantly changed owners, and due to the bad economic situation they were forced to close. Only two employees remained as guards in the distillery. That's where the fun starts.

Isle of Islay has almost zero crime, there is only one police car. And what would you do if you're locked up in a closed whisky distillery with hundreds of full barrels? A few years later in London, wine merchant Simon Coughlin tastes one of Bruichladdich's bottles, and he is so interested so he decides to go on a trip to Islay. When he lands in Port Charlotte, he decide to cycle to Bruichladdich. For those who don’t know it is about 20 kilometers fairly straight. What Simon does not know, is the fact that weather on Islay is changing in minutes and mainly, the distillery is closed. So he embarks on a journey and gets absolutely soaked. Just to arrive to the distillery to meet one of the guards, who in a rough Scottish way sends him where the light does not shine. But Simon is not discouraged, and back in Port Charlotte, with a bottle of Bruichladdich in his hand, thinks of how to get into the distillery. Ok, he will just buy it. So together with his business partner and a few people at Islay, they bought Bruichladdich distillery in 2001 for about £6 million.

They bought a distillery nobody knows anything about with hundreds of plain full barrels, some hundred years old. What now? But there are at least two people on the island who know more about barrels than the others. Simon employs both guards as master distillers, and one of them remains in position many years later. In 2013, Remy Contreau bought the distillery for astronomical £58 million, making Bruichladdich one of the most valuable and best single malt whisky distilleries in Scotland. 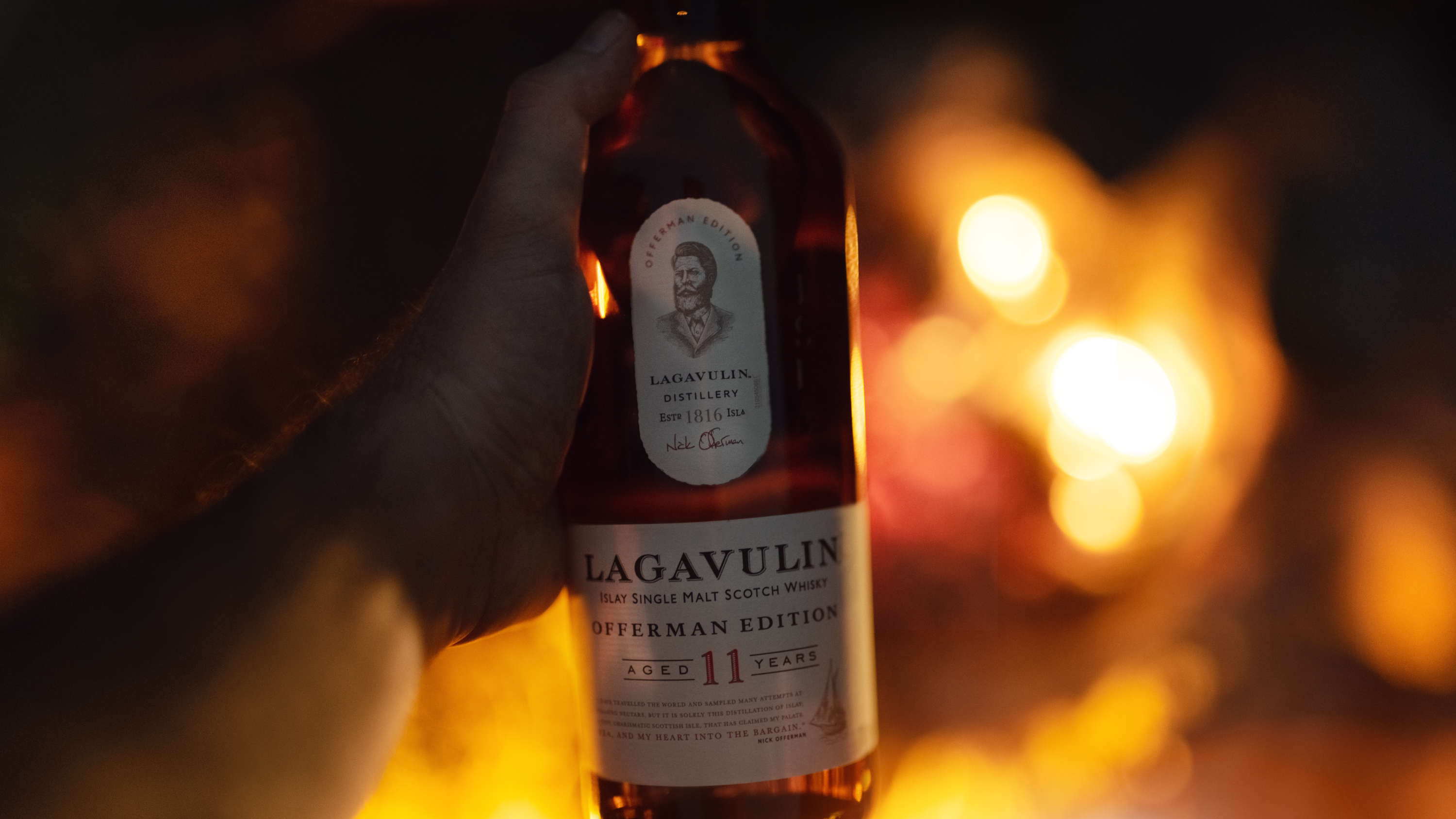 This whole shoot was an incredible experience. I went through a process where the basic idea became a journey and a goal. Photos that may inspire you. So I ask myself, why do I take pictures? I want to share my visions, my stories with others. Maybe it inspires them to experience and learn something new. More about the process is described in my blog. You can read about how each story begins, with a deep study and how it may help you.

Explore the world with me

Once a month you will explore original stories, look behind the scenes and probably learn something new.